8 Best archaeological sites (which are not so known) 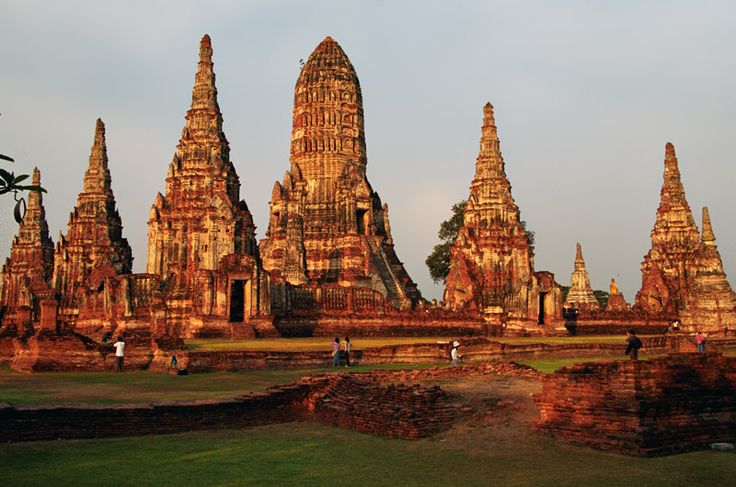 The pyramids of Egypt, the temples of Angkor Wat, the Inca city of Machu Picchu …all these are fabulous ruins that remind us about the past glories of humanity. But these attractions are the most visited and known and there’s so much more world to discover! In the world, there are other spectacular archaeological sites surely less know, but with them as fascinating as the most known… or more.

This is our top 8 of best archaeological sites:

Napata and Meroe in Sudan Visit Pyramids in Egypt together with thousands of tourists is a great experience, but visit pyramids (not as spectacular as the Egyptians, of course) in complete solitude in the burning sands of the Nubian Desert is totally another experience. It freezes you breath (at 115 Fahrenheit is not so simple!) when you walk totally alone amid these fields of ruins, with open graves without any protection and full of old murals.

The kingdoms of Napata and Meroe came to dominate Lower Egypt around 747 B.C. From that time are the best archaeological sites of Nubia, like temples and necropolis of Djebel Markal, near Karima, the pyramids of Kourrou Nouri, those of Amara, Sebisi, Saddenga and Soleb between the second and third waterfall and the temple of Kawa, in the east of Dongola. Not only Egypt is pyramid country! Although no one can believe it, there are ruins of a city built with finely carved stone to the XII century, the work of a civilization that dominated the construction technique like no other, in the heart of Africa.

Those people disappeared and the mystery of how the learned to work in such a great way the stone died with them, but they left the superb ruins of Great Zimbabwe, 15 miles south from the city of Masvingo near  Mutirikwi National Park, as testimony to his greatness .

Tikal is the greatest Mayan archaeological site of Guatemala, the most Mayan country of Central America. But in north of the jungle of Peten, close to the border with Mexico, was recently discovered a much bigger city as spectacular as Tikal: El Mirador.

Just to figure it out: the largest pyramid in El Mirador is 72 meters high (the highest in America) and its volume is greater than the pyramid of Cheops in Egypt. Actually El Mirador excavation has just began (work is in progress) and just a tenth part of the city have been totally discovered. To get there you must undergo a five-day hike through the jungle. Or rent a helicopter. Gate of All Nations Persepolis 2,500 years is the time that the sun is searing the ancient city of Persepolis, one of the most majestic archeological sites of the Middle East. The ancient capital of Persia was a fabulous palace complex until Alexander the Great passed through the triumphal arch to show the Persians who had won the war.

Despite the damage suffered, what has reached our days is fantastic, including the Gate of All Nations, with its two winged bulls, unique reliefs and delicate colossal columns. Just to see the facade of Celsus Library it worth to visit this ancient Greek city that was also Persian and Roman. This huge archaeological site is full of great buildings like the theater or the Temple of Artemis, but also small mundane details which show everyday life of the people who lived there, like the poster of a brothel. Many of his columns ended in Istanbul as reusable material in the construction of Hagia Sophia. The most known of treasure of Jordan is Petra, but this Middle East country, as an ancient crossroads, it also deserves many other evidences of history. And one of the most spectacular are the ruins of the Greco-Roman city of Jerash.

Cities of this period in Jordan are many, but Jerash stands out thanks to the so well preserved heritage: you can walk through the forum or by the Decumanus, the long paved avenue lined with columns and you think you’re in a Romans movie.

Ring of Brodgar in the Orkney Islands, Scotland Stonehenge is the most famous megaliths monument of the British Isles, especially because, besides being spectacular, is located in a very populated area, in the south of United Kingdom, with good communications with main cities.

The Ring of Brodgar is not less interesting in terms of archaeological value, but its location play against it. It’s located in the Orkney Islands, a remote archipelago in the North Sea, off the northern coast of Scotland. Unknown hands built it over 4,000 years ago. It had 60 stones up to 4 meters high in a perfect circle of 103 meters in diameter. Today there are only 36 of them standing. See twilight in the desert that surrounds this Scottish best archeological site puts you goose pimples. Bangkok capital of Thailand has a very recent history. Until the mid- eighteenth century the true capital of the kingdom of Siam was Ayutthaya, 45 miles upstream of the Chao Phraya River.

The legend says that, at that time, traders and foreign ambassadors who went up the river knew they were reaching their destination because of the shine of the sun hitting the temples and palaces, visible for miles away. Then in 1767 the Burmese, secular enemies of Thais, assaulted and destroyed the city.

The wooden houses and houseboats disappeared forever, but the temples, forts and palaces, made of stone, still remains to testify the grandeur which reached the kingdom of Siam.

Which is your Top 8 of best Arhaeological sites in the World?