Discover the best cities for singles 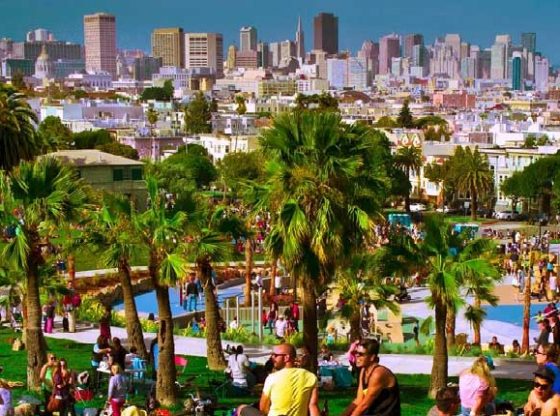 Based in Barcelona, Spain, I enjoy travel and share experience with others. Online Marketing specialist.

Don’t worry if you are still single, here you’ll find the best cities for singles people.

Every day there are more people who have chosen to be single as a lifestyle or they just want to extend their independence as much as possible before finding a partner. They are independent people eager to discover the world, usually with a permanent work, and without any kind of family responsibility, this means they can spent much of their income to do what they like. For this new community, known as “singles”, has emerged a wide range of leisure activities. These are the best cities for singles.

In the recent years San Francisco has become the favorite city for American singles, and finally has managed to displace New York, considered for years as the perfect city for single people.  San Francisco has a special atmosphere, and that’s probably because is one of the most liberal city in the world. Every neighborhood has a different environment with its own particular style. Marina district, is the neighborhood for young people or students and it’s always crowded, that’s the place to get your brunch on Sunday;  Mission District, known as a the Latin neighborhood, is one of the most vibrant neighborhoods of the city, on Valencia Street you’ll find everything you need to spend a good evening. Other neighborhoods that you will enjoy if you are single are Castro, North Beach or Haight Ashbury, with plenty of bars, restaurants and nightclubs. It’s clear that San Francisco is a special city, and proof of that is this website, which indicates the part of the city that is more frequented by men or women. www.weeplaces.com/ratiofinder/

New York City has been considered the best cities for singles for years, thanks to the movies and series that have been done in the city. New York is the city that never sleeps, at any time we will find something to do. The city has an incredible offer of leisure and entertainment that no other city in the world can offer, and that’s the attraction of New York. You can do whatever, a romantic walk through Central Park, shopping in the Fifth Avenue, enjoy a delicious coffee in the Tribeca neighborhood, these are some of many activities you can do in New York. There are a wide range of hotels in New York.

In Spain the best cities for singles are Barcelona, Madrid, Valencia and Seville, but the best one is Madrid. Madrid has emerged as one of the best cities in Europe, with a great offer of cultural and entertainment events. In Madrid is very easy to meet new people; the city has an extraordinary atmosphere and is the favorite city for Spanish single people to live. Every year there is a meeting called “El salón singles” that is a meeting place for many singles to find new trends.  Here you will find more information about events for singles in Madrid. http://www.singlesmadrid.es/events.
Hotels in Madrid