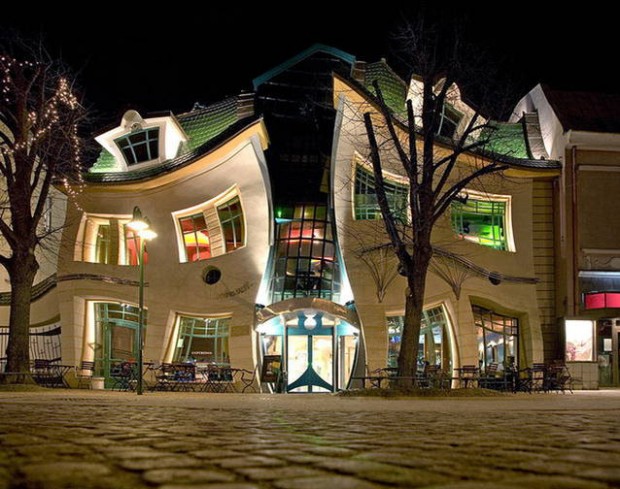 Interesting sites, fantastic places… check it out on this post! 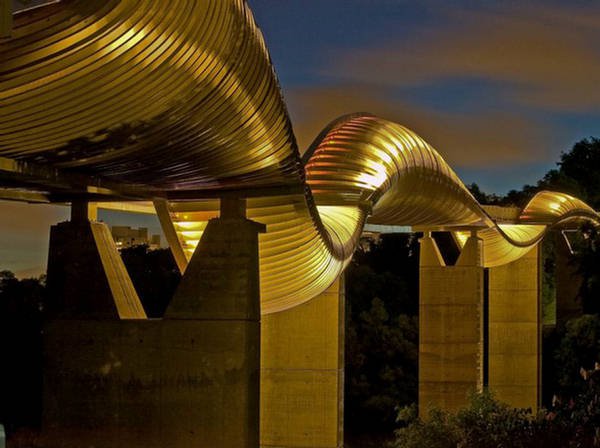 Located on the southern ridges of Singapore, it is a 300 meters long bridge that connects the gardens of Mount Faber with the gardens of Mount Telok Blangah. Known as “the snake bridge”, due to its design of seven undulating wavy curve, is 36 meters in height and is the highest pedestrian bridge in Singapore. 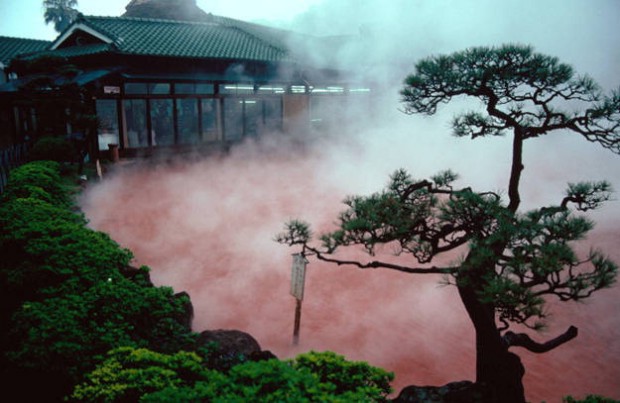 Beppu is one of the most famous hot spring spots in Japan. It offers a huge range of different kinds of baths, including hot water baths, mud baths, sand baths and steam baths. Part of it is Hells of Beppu, eight spectacular hot springs. 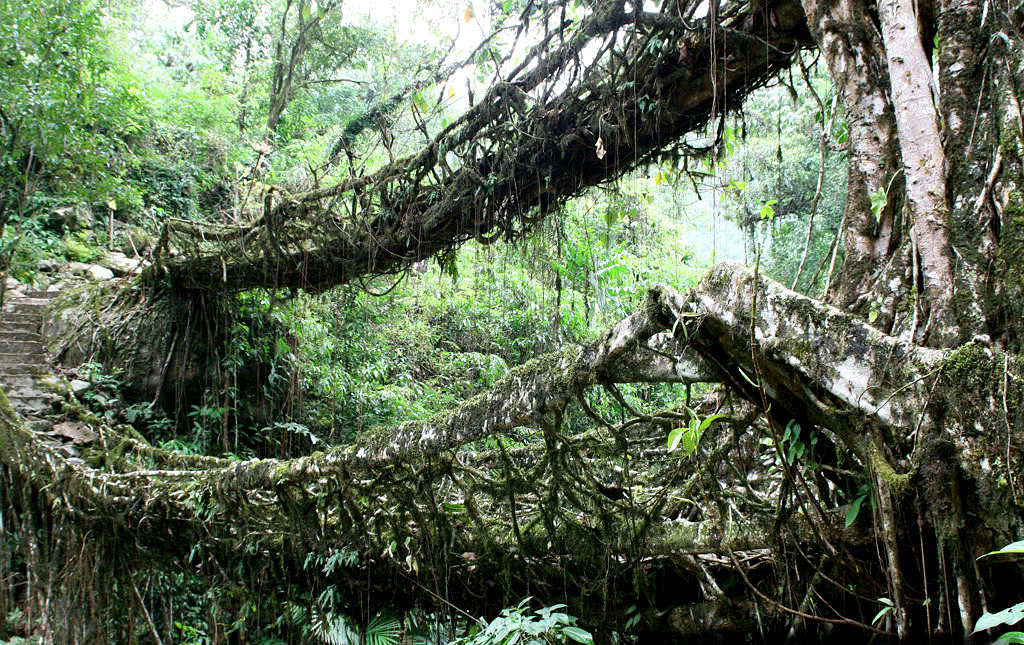 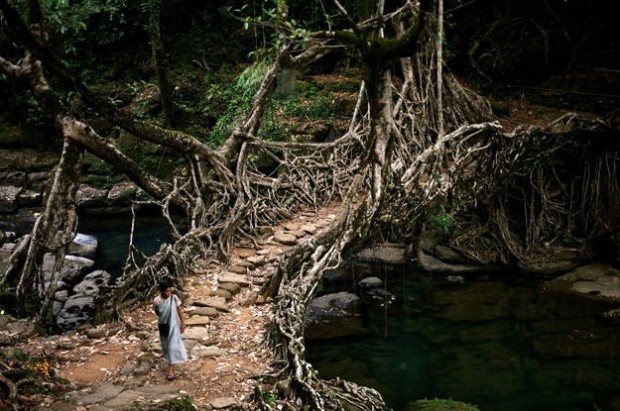 Tree Bridges of Meghalaya is a unique way to build bridges, because in the state of Meghalaya the bridges are not built, are planted. To see this eccentricity you need to travel to Cherrapunji, a town in Meghalaya Region, located in the northeast of India. This village is known to be the most humid of the planet, as monsoon rains lash their slopes each year and fill every little groove of water. On the slopes of these mountains grows a kind of rubber tree has an incredibly strong root system that flourishes luxuriantly.

The Ficus elastica shows a series of secondary roots, our of the soil arising from the trunk that can perch on the giant boulders that line the river or even cross the same river. The Khasis warrior, a tribe settled in Meghalaya, long time ago were used to easily cross the many rivers in the area using these natural bridges. Now, whenever the need arises, simply direct the growth of the roots to create its bridges. The root bridges, some of over 300 meters in length, take between 10-15 years to become fully functional but then they are extremely strong. These bridges have been re-discovered by Denis P. Rayen, an owner of a hotel in Cherrapunji that is trying to aware local people of their worth and convince people not to destroy them to replace with steel bridges. 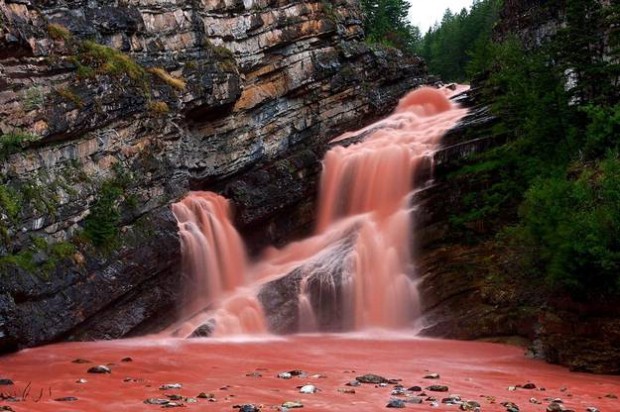 The Cameron Falls is located near Waterton Village in Alberta, Canada. This is a normal waterfall perfect for enjoying a peaceful evening stroll. But if you are so lucky to be there at the right moment, you can see the clear water turning red like a bowl of tomato soup. This happens only when atmospheric conditions are adequate, with heavy rain washing red coloured sediment called argillite from surrounding rocks into the water. 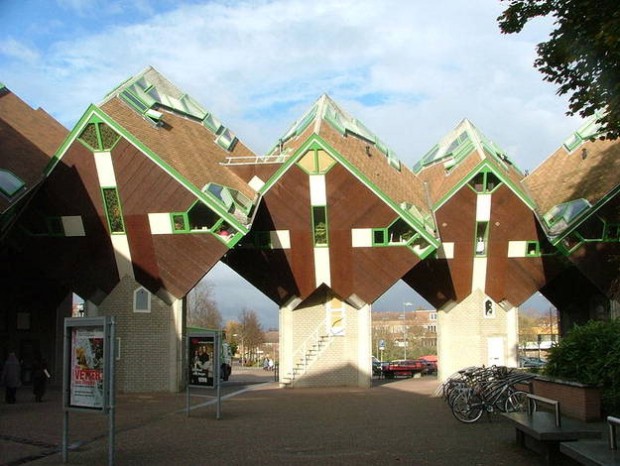 Cube Houses in Helmond are a set of innovative buildings near Rotterdam in the Netherlands. Designed by architect Piet Blom and based on the concept of ‘living in an urban roof’ houses are elevated above the ground. Blom placed the houses, cube-shaped and rotated 45° from its usual position on hexagonal concrete pillars, to emulate the trees. 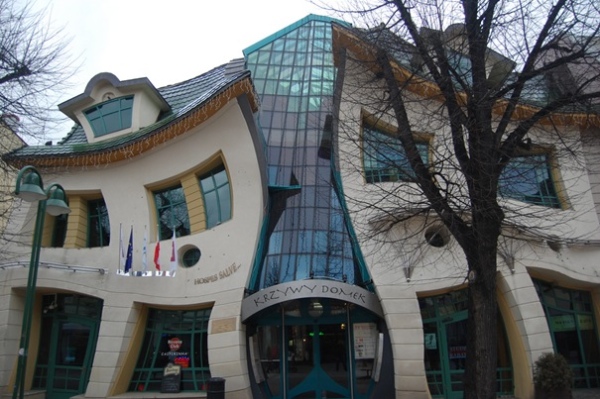 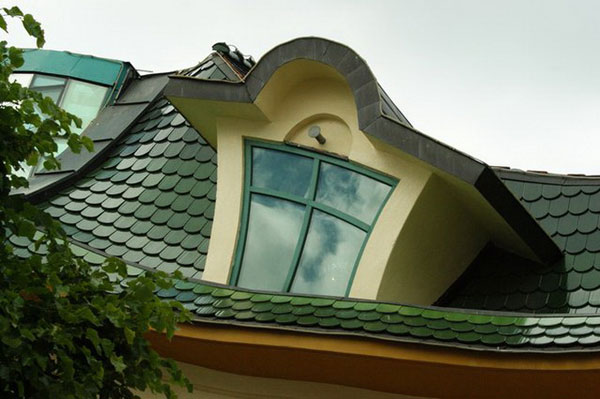 The Crooked House (Krzywy Domek in Polish) is one of the biggest tourist attractions in the city of Sopot, on the Baltic Sea and near Gdansk. If you are traveling through this part of Poland and stumble upon it, do not think you’re drunk. This home is well: sheer madness. This particular building was built in 2004 by architects Szotyński and Zaleski, who acknowledged being inspired by Jan Marcin comics Szancer and Per Dahlberg in its original design. 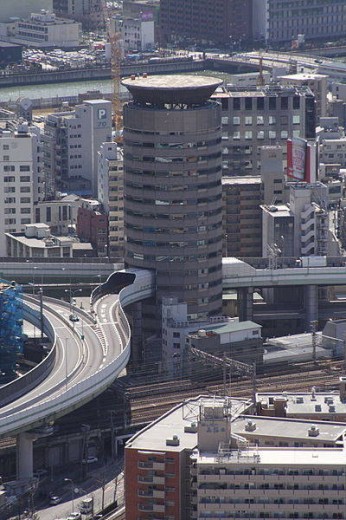 Hanshin Expressway is a highway network in Japan, surrounding Osaka, Kobe and Kyoto. The Strange thing is that this highway passes through the 5th and the 7th floor of a skyscraper. 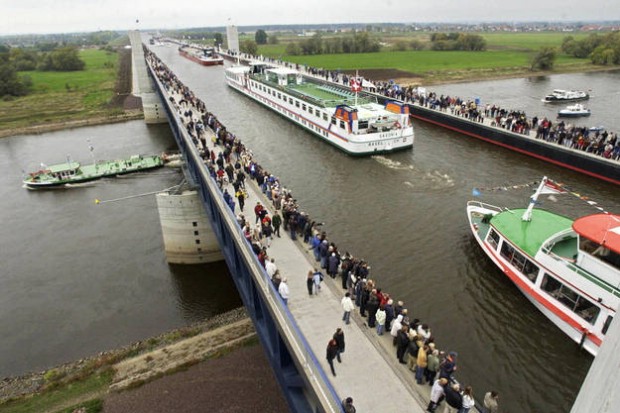 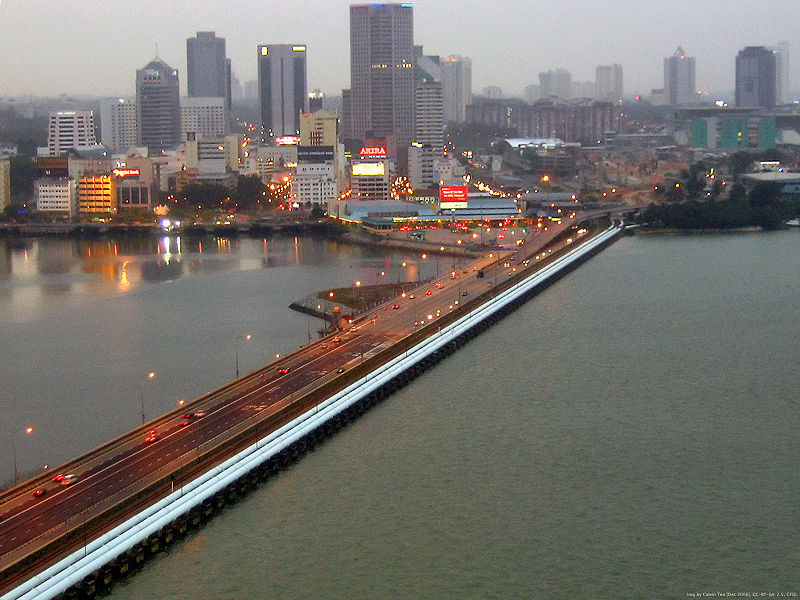 The border between Singapore and Malaysia is one of the world’s busiest border crossings. The island nation of Singapore hugs the coastline of Malaysia, and there are only 2 bridges connecting the two. Travellers should be prepared that the buses are pretty basic, and there are no seat assignments. One drawback is that all cross-border buses terminate at Johor Bahru, which is one of the first cities on the route after crossing the border to Malaysia. (Remember, there are currently different types of visas available to travel to Malaysia).