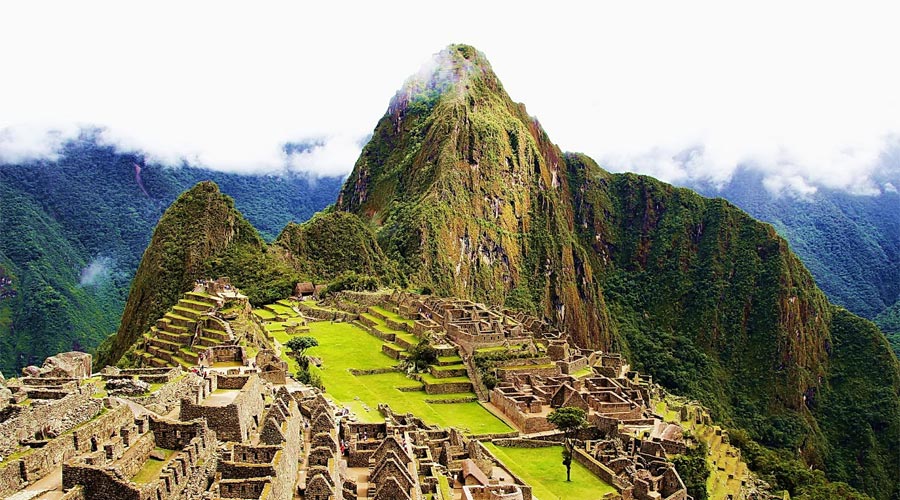 Based in Barcelona, Spain, I enjoy travel and share experience with others. Online Marketing specialist.

A little of history to begin

Like a real Indiana Jones, leading an expedition from Yale University, the American explorer and history professor Hiram Bingham discovered on July 24th, 1911 the most famous hidden pre-Columbian city walking through the ancient Inca trail to Machu Picchu.

Even after more than three centuries of neglect, the Lost City of the Incas remained virtually intact; Bingham organized two major expeditions between 1912 and 1915 basically dedicated brush to clean the ruins, excavating ancient tombs and retrieve large number of objects of great archaeological value.

In 1913 National Geographic magazine published an article by Hiram Bingham where they introduce to the world for the first time the wonders of Machu Picchu.

The Inca Trail to Machu Picchu

The Incas created a huge network of highways and roads called Qhapaq Ñan which crossed the Andes from Argentina to Colombia and from the coast to the Amazon region, used to travel through the empire.  Machu Picchu was included into this great trail network.

There are three different trails to the Inca ruins of Machu Picchu: the Sacred Inca Trail, the Salkantay Inca Trail and the most popular of all, the Classic Inca Trail.

The Classic Inca Trail to Machu Picchu is one of the best trekking tours in the world, thanks to the incredible natural beauty of the Andean rainforests and amazing archaeological remains found along the way. Although it is considered a moderately difficult trail, there are paths that exceed 4,000 (13,500 ft) meters above sea level, so it is important to consider a pre-acclimatization.

Thousands of hikers from all parts of the world walk along this trail each year accompanied by Peruvian guides and porters. That’s why currently and due to high demand, the Peruvian government has limited access to 500 people per day including tourists and support personnel to protect the road network. The best time to do the Inca trail is during the dry season between May and September, but it is also the most expensive period. Since this is the busiest time for tourists is advisable to book in 4 or 5 months in advance with an authorized agency. In the month of February the Inca trail to Machu Picchu is closed for maintenance.

The Classic Inca trail is a 4-day route that begins in Pisaducho (82 km) in the Sacred Valley. From this point the walk runs along the Cusichaca River until reaching the heights of the village of Huayllambamba. During the journey you can see the bio-diversity of plants and birds, including more than 90 species of orchids, multicolored birds and dreamlike landscapes. Then you climb the Wuarmihuañusca pass at about 4,200 mts (13780 ft), considered the highest point of the trail where you can enjoy a breathtaking view of the Cordillera Vilcanota. In this section the archaeological circulars ruins of Runkuracay worth a visit, as well as the impressive tunnel carved into the rock which brings you to a pass where you can see the snow-capped peaks of Veronica and Salkantay until you reach Puyupatamarca (City of Clouds), the most impressive Inca ruin of the whole trail. From there it looms in the distance Aguas Calientes.

But even along all the way the scenery is amazing, the greatest reward after such an effort comes at a time when the Inti Punku or Puerta del Sol (Door of Sun) is crossed and in front of us stands the stunning Lost City of the Incas, Machu Picchu. It is an intense moment, the fatigue of the last few days disappears completely and the vision which appears to us seems unreal for its grandeur and its magnitude.

Once inside the citadel, which is not only known for its beauty but also for the mysteries and riddles it contains, you should visit the Main Plaza, the Circular Tower, the Sacred Sun Dial, the Royal Quarters, the Temple of the Three Windows and the cemeteries.

Then you can get back to Cuzco by train. There are two companies that make the journey: the Peru Rail and Inca Rail, both have different categories. From the more affordable like the “Expediton” which features comfortable cars with panoramic view and roof windows to the “Hiram Bingham” an authentic luxury train in Orient Express style.

On July 7th, 2007 Machu Picchu was declared one of the new seven wonders of the modern world.

Come to walk along the Inca Trail to Machu Picchu!!!

email
5 places to discover in British Columbia
Best Beaches to Surf in Costa Rica
This website uses cookies to improve your experience. We'll assume you're ok with this, but you can opt-out if you wish.Accept Read More
Privacy & Cookies Policy
Necessary Always Enabled