Catch a Glimpse of Hampi: Rusty Ruins of an Ancient Era 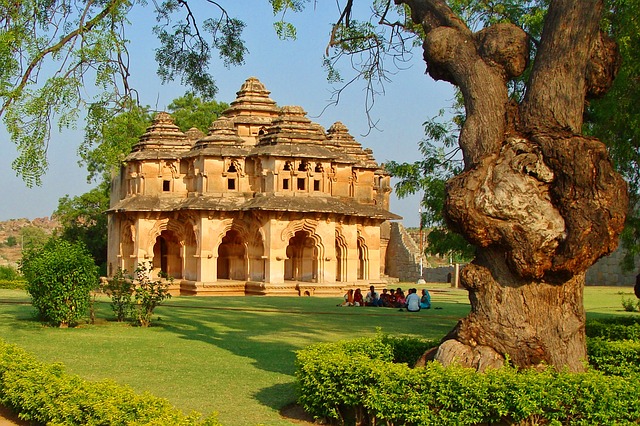 Hampi is located in the state of Karnataka in India. This is one major location for temples in South India. It all started as a cluster of various little villages and has now been recognised as UNESCO World Heritage Site (1986). This world renowned temple town is visited by several hundreds of tourists from all over the world each year. The site is also traditionally known as the Pampakshetra of Kishkindha and is located on the Tungabadra’s river banks. This world heritage site called Hampi was the main city of a place called Vijayanagara that was built during AD 1336-1570.

Some of the sites to visit at the Hampi world heritage site include the Elephant Stables, the Virupaksha Temple, and the Vithala Temple. There are various tourist attractions in this ‘temple town’ in addition to the sculpted creations of Gods and Rulers of the ancient times. These include the famous location called the Virupaksha Temple. Here there are remains of the stables, aqueducts and the canals. You can rarely spot a modern establishment to keep the serenity of the world heritage site. Some of the boulders are still situated one on top of the other.  There are eleven elephant stables where elephants were housed. They would carry the kings and rulers of those times. Now, these stables are decked up and house those musicians who play during performances. The perfect example of the Vijayanagara taste is the Vithala Temple. Here you can view the gigantic monolithic sculptures of Narasimha, Lord Ganesha & Goddess Lakshmi. There are various temples that spread across and include the Hazara Ramachandra temple, the Pattabhirama temple, the Krishna temple, the Chandrasekhara temple and the Jaina temples. One famous spot called the Lotus Mahal & Zanana Enclosure that was the name of the Queen’s stone basement enclosure & an ornate pavilion. Towards the corner lies the treasury that is called the “Dhananayaka” enclosure. You can find sculpted panels in the Mahanavami Dibba, lovely ponds and lakes, and painfully carved mandapas and pillar mandapas. These are the few archaeological remains of the beautiful temple city of Hampi. There are several smaller temples to visit too.

The main highlight is the large chariot in stone located right in the centre of the courtyard. The tourist location is open for tourists and visiting from sunrise to sunset hours during daytime. The site is open for visiting during all days in the week. It takes at least 2 – 3 hours to visit the entire place of Hampi. People travel around by walk or sometimes bicycle too. This is an ancient historical site where you can walk through the palaces and temple structures where the ancient rulers did. It takes you back from the modern day times into the ancient world. Even being a ruined place, there are lots of things to do in Hampi. In all this UNESCO World Heritage Site is worth all your money and time.